ldwandco is an agile team that together with close associates has broad experience designing and building residential & commercial properties in Europe & California. Our team gives personal and focused attention to every detail and this allows us to manage, design, and build our clients’ projects on schedule and on budget. We put our heart & soul into all we do!

With our principal Lydia Dubois Wetherwax, our passion for architecture & design grows each day with the perpetual challenges of working with human nature in harmony with our natural environment. We enjoy finding the specific and unique needs of each of our clients and delight in bringing them new perspectives… sharing with them our interests in new technologies, materials, green environmental concerns, and styles of living that evolve every day. 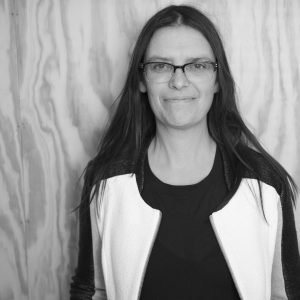 Lydia Dubois Wetherwax was born in the Loire Valley in the heart of France into a creative family of distinguished model and decor designers/builders. She studied interior architecture in Paris and worked for 10 years on residential, commercial, and cultural projects with several award-winning teams including Le Grand-Palais Museum Architectural Office, CHD Architects, Odile Saffroy Architect, and others.

In 1997 she moved to San Francisco with her American husband for 4 years. Besides her independent projects, her experience and expertise in new American construction broadened while working with various architectural firms such as the award-winning H. Richardson, Lewis Buttler, and the renowned international firm STUDIOS.

In 2001 Lydia moved back to Paris and with her US experience collaborated with various independent teams including TMA Architects that won a governmental competition project. Later she joined “Jeux de Plans” architectural office led by Nicolas Roche for 3 years. They worked on international commercial & high-end mercantile projects in Europe and the US, including Versailles, Barcelona, London, Detroit, and New York City.

In 2005 Lydia and her family moved to Los Angeles where she worked with press featured architect Linda Brettler on various stylized residential projects. She then worked a few years with high-end residential architectural firm Kovac Architects on projects in and around Los Angeles utilizing the latest LEED materials and processes of green design.

In 2009 Lydia started her own business in West Hollywood and with her tight-knit team has worked on numerous commercial and residential projects.